Men want to please women, and they are willing to go to great lengths to make a woman happy. In return they hope that their efforts will be appreciated. Appreciation makes men feel successful, and success in courting increases their masculine confidence, which in turn motivates them to initiate more contact with the woman. Women love confident men, so this works great for both genders.
Most women need to know that the man finds them physically attractive. This promotes their confidence in their femininity. When a man is generous with a woman, she knows that he finds her attractive, and she gains this feminine confidence, which also appeals to him. Again, this works great for both genders.
So in the initial stage of dating when two people seek reassurance that they appeal to each other, they can best get this reassurance through gestures of generosity on the man’s side and appreciation on the woman’s side.

Some obvious gestures of generosity on first dates are paying for the evening, listening, and being chivalrous (showing courtesy, consideration, courage and grace).

Men too want to see the woman reciprocate their interest in her. They are happy to initiate and show generosity if their good intentions are valued. A woman's appreciation is the best reward for a man, and he is thus encouraged to make more efforts to please her. For an appreciative woman, a man will do a lot. But he'll be reluctant to do even a little for a woman who ignores his efforts, or worse, criticizes them. 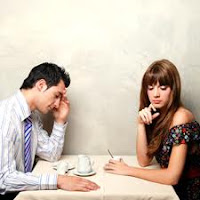 It is in the interest of both the men and the women to cultivate these qualities since without them, moving from dating to a deeper relationship, and sustaining it, will be very difficult. For generosity and appreciation do not only promote attraction; they can also predict how two people will behave later in the relationship. If a man is not generous while courting the woman, chances are he wouldn't be generous with her later too. Similarly, for the guy, if a woman is ungrateful during the initial stages of dating, most likely this is what he could expect as their relationship firms.

The dating process is made of one date following another. On each date the man’s goal is to create enough attraction for the woman, so she wants to see him again. The first opportunity for a man to create attraction is to show initiative and ask the woman out. The second opportunity is to show his generosity on their first date. And there are more opportunities along the dating process for a man to create attraction for the woman (this is discussed in depth in the men's dating course).

For the woman it is much simpler and easier. She is not expected to take the risk and ask the guy out and face rejection (what a relief). All a woman has to do to reciprocate, is be warm and appreciative towards the man. On their first date when he opens a door for her or pulls a chair for her to sit on, it is much better received when she smiles and welcomes the gestures than when she mumbles that it is not needed... After the man pays for her, it’s great when the woman clearly thanks the man while smiling and says she has enjoyed being there with him (please, please avoid complaining about the food even if you didn't find it fascinating). For she is not thanking him for saving her $30 but rather for conveying to her in this way that he has enjoyed her company and would like to see her again. By showing appreciation she in turn signals to him that she values his gestures and is happy, and she thus gives him the green light to ask her out again.


That’s all it takes to have a successful first date: if you're a man show generosity; if you're a woman show appreciation!

This blog uniquely depicts the current dating world through the eyes of a dating coach. It presents today’s most common dating challenges and demonstrates the major dating mistakes singles routinely make. My conclusions and insights over the last 15 years, are used here to give comprehensive answers to questions every single person has. It is not enough to get out there and meet other singles. You need to be prepared for today's dating challenges!

Irene
Dating Coach and organizer of singles' events, including SpinDatingTM.